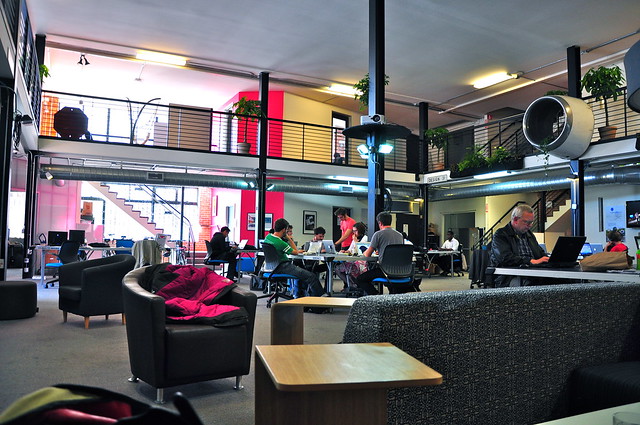 Taiwan will become the first Asian nation to open a state-sponsored innovation office at Silicon Valley this June 26. The Taiwan Innovation and Entrepreneurship Center (TIEC) will be based in San Jose, California and will focus in establishing links between Taiwanese startup teams with entrepreneurs, venture capital firms and accelerators in one of the world’s most famous technology hubs. For that purpose, this initiative by the Taiwan Ministry of Science and Technology (MOST),  has established collaborations with famous accelerators in the bay Area, such as Founders Space, Plug and Play, CoinX and Wearable World Labs; and venture capital companies like WI Harper Group, SVT Angels and H&Q Asia Pacific.

If a Taiwanese team has already been accepted by a Silicon Valley the TIEC will will support them by covering up to $20,000 of their living costs in the area. This will make Taiwan the ninth country to open an innovation outpost in Silicon Valley, together with France, Germany, Switzerland, Sweden, Norway, Denmark, Finland and Iceland. Hopefully this initiative will help raise the profile of Taiwanese talent and establish long lasting cooperation with the American innovation ecosystem.

In order to promote innovation and entrepreneurship, the Ministry of Science and Technology (MOST) announced the opening of the Taiwan Innovation and Entrepreneurship Center (TIEC-Taiwan) in Santa Clara in California on June 19. Dr. Jyuo-Min Shyu, Minister of MOST, presided over the opening ceremony of the Center. Hong-Sen Yan, Minister without Portfolio of the Executive Yuan, who oversees Taiwan’s overall development of science and technology, also attended the opening ceremony. The establishment of the Center is intended to forge the link with entrepreneurs, venture capital firms and accelerators in Silicon Valley.

In a bid to broaden the vision of Taiwan’s startups, TIEC-Taiwan will select Taiwan’s startup companies with growth potential and send their development teams to well-known accelerators in Silicon Valley. TIEC-Taiwan has signed memorandum of cooperation with four accelerators and three venture capital companies. The accelerators are Founders Space, Plug and Play, CoinX and Wearable World Labs. The venture capital companies include WI Harper Group, SVT Angels, and H&Q Asia Pacific.

Representatives from the government sector and enterprise attend the press conference

The Executive Yuan launched the “Innovation and Entrepreneur Initiative” to step up Taiwan’s economic growth. The MOST was assigned the mission of forging international links. The mission includes three major projects. One of the projects is to set up TIEC-Taiwan in Silicon Valley as a link to the international market. A selected startup is entitled to a grant of up to US$20,000. In addition, TIEC-Taiwan will provide consultation, mentoring and other needed services for the selected startups to merge into the innovation and entrepreneur environment, with the hopes of growth and success.

The second project is to establish the Tai Si Fund. The National Development Council announced the guideline for that fund on May 29. The fund is designed to combine the strengths of the government and private industries in order to invest in the innovative businesses in Taiwan and Silicon Valley. The project seeks to set up long-term cooperation with Silicon Valley through early investment, and makes Taiwan an important link in the supply chain of innovative industries. It is expected the first batch of investment projects will be approved in September.

The third project is the establishment of the Taiwan Rapid Innovation Prototyping League for Entrepreneurs (TRIPLE). For startups with innovative products or technology, TIEC-Taiwan will provide matchmaking services so that the TRIPLE manufacturers can supply prototyping services for those startups. With superior hardware and software advantages and advanced manufacturing capabilities, Taiwan’s system integrators, accelerators and R&D organizations can rapidly manufacture prototypes or conduct test production for startups. The prototyping service will strengthen the link between Taiwan and the global innovation chain, making Taiwan a rapid manufacturing base for value-added international innovation.

This site uses Akismet to reduce spam. Learn how your comment data is processed.